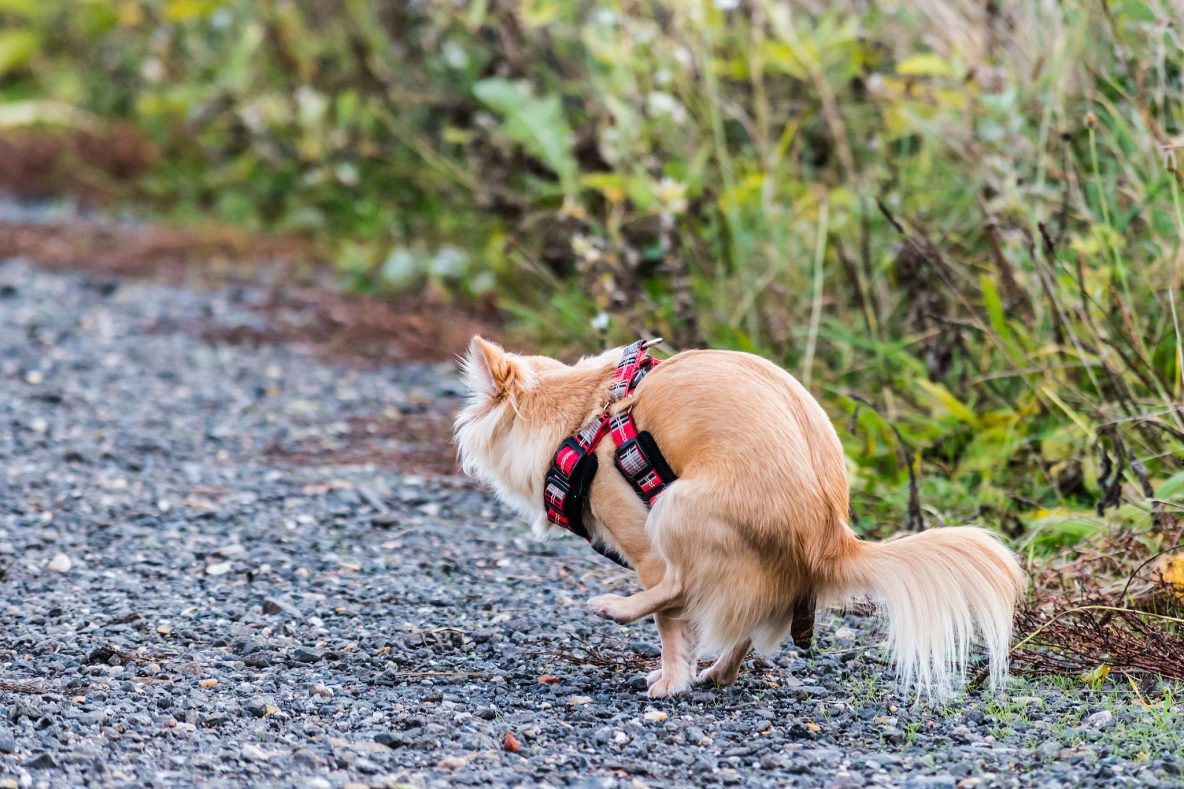 Anyone who is a dog walker, or ever walked a dog will notice that when their pet poops on the grass, they kick their feet back as they walk away.  You will see the dog kick up some dirt, and it is not adequately covering their mess.  We are going to show you some behavior patterns on why dogs kick up dirt after they poop.

Why do Dogs Kick Back Dirt After Pooping?

They appear to be doing a poor job at hiding their mess, but according to Pet MD, all dogs are territorial.  In the wild canines mark their territory through urine, feces and any other part of their body to show other dogs that this is their territory.  Canines have scent glands in their paws that release Pheromones out into the dirt which is more pungent than urine or feces odor.  Leaving the pheromones in the ground relays a message to other canines that this is their territory, possibly sexually available and warning of danger.  Releasing pheromones is a part of your dog’s behavior and allows them to communicate with other dogs.

Should you be Concerned that your dog is kicking back after Pooping?

The answer is no. This dog behavior is harmless, and you should not be concerned about it. Kicking dirt after pooping is an instinctual habit  You can let your dog kick the dust and perform this ritual as needed.  Some people do not like the fact that when dogs kick dirt up after they poop that it tears holes in their lawn.  What I recommend is that placing your dog on a leash and walk them to a dog park or a designated area where your dog can do its business.

I hope this article helps clarify the mystery of your dog kicking dirt after pooping. Remember it is a dogs habit and they are compelled to do this everytime they poop.  The best thing you can do is let them do it, and they will enjoy it more.