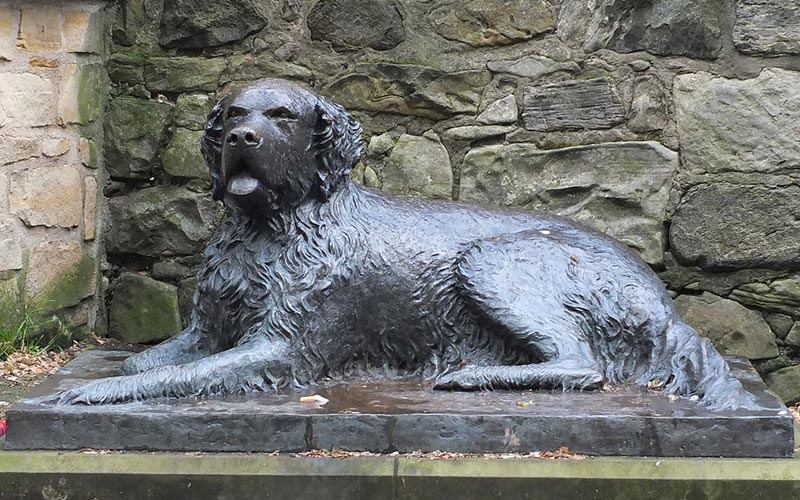 Bum, San Diego’s town dog that few people know about! San Diego has a history of being a pet friendly city. in the Late 1880’s we had a dog called bum who was a stow away on a merchant ship from San Francisco and landed in San Diego. Bum was a St Bernard and Spaniel mix. He roamed the streets of San Diego and all the town’s people would have him as their very own friend.

Bum was special in many ways by having political sanction, social mobility, and remarkably good with the press. With the public he symbolized the romance of a vagabond. To the Victorian California Bum would be noticed where ever he roamed. With a friendly good nature personality, and sense of camaraderie with the people he encountered made him special to the people of San Diego.

The traditional story of this dog is that Bum was born in San Francisco on July 3rd 1886 and six months later he finds himself as a stowaway on a Pacific Steam Coastal ship called the Santa Rosa.

This dog would probably have gone unnoticed if it was not for a journalist named James Edward. He arrived to San Diego one month before Bum did, but James took an interest in Bum as he lived a volital lifestyle during the boom times of 1886-1888 of San Diego.

Bum and James were inseparable and with Jame’s observations of Bum and his interactions with the towns people, he was able to write a great journal of this dog’s life. If you like to read more check out the San Diego Historical Society.

Keep your Dog Safe On Halloween

Why dogs kick their feet after they Poop?

Why do Cats Get Stuck in Trees